Copyright Jennifer Rose Phillip
The paper is not as red as it looks on my screen. More of a dark maroon colour. Here is a scan of what I have finished so far. Not a whole lot since the last update on it.

I had every intention of finishing this today but after about an hour I had to stop as I started seeing double. Which might be caused by me having labyrinthitis. Yeah I had to look it up to figure out exactly what it was. Hopefully it gets better sooner rather then later :/

But if I disappear for a few days it is because staring at the laptop monitor really messes with my head. If I was a horse someone would have shot me by now :p

And why did I not think to start a blog about candy? Been reading that blog on and off all afternoon. Have had to cover one eye up with my hand to focus though. Too bad I don't have an eye patch. Actually be glad I don't. If I did I would be talking like a pirate all the time and walking around with a parrot on my shoulder :p Arrr! And I would have a sword. I'd either be really good with it or utter crap :p Cut my own leg off. I'd really look like a pirate then. Eye patch, parrot and a peg leg :p
Art Coloured Pencil Horses WIP 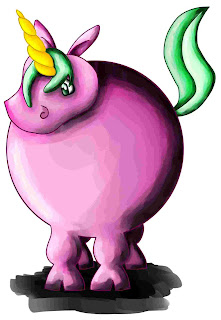 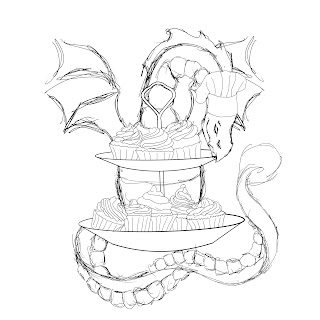 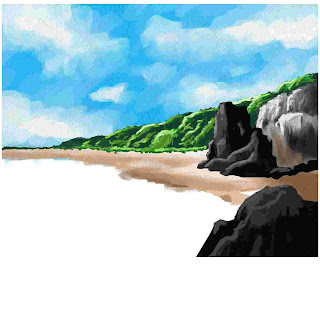